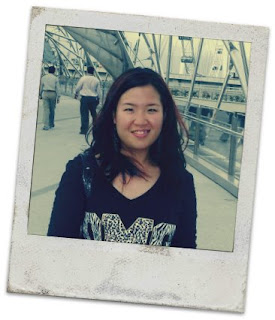 
Newspaper headlines were flashing before her eyes. “Married tycoon caught in bed with prima ballerina of world-renowned ballet company The Academy!” “Loose women and their desires—are there no such things as morals left?” “Promising political candidate dragged into love triangle with ballerina and tycoon!”

Her cheek etched on the planked floor, Desdemona blinked and looked around at the faces staring back at her, dazed. A short, potato-shaped older woman strode towards her and flicked her on the forehead.

"What is the matter with you, girl?" the older woman fumed. "Keep your eyes on the mirror!" She clanged the silver bell she was holding into Desdemona’s ear, who winced.

"Yes Ms. Tangiers. Sorry." Panting, Desdemona caught a glimpse of herself in the large mirror that took up the wall on one half of the room. She saw herself flushed, slashes of hair across her forehead and falling out of her tight ballerina bun. In the mirror she saw those two girls—Dumb and Dumber as she named them in her head—stifling giggles as they whispered to themselves, something nasty about herself, no doubt. Clumsy Desdemona at it again, she imagined them whispering under their grimy fingernails, some main lead she was who couldn't even master the final pirouette. Prima ballerina? What kind of prima ballerina was she?
Desdemona shook her head—as if that tilting movement could pour those demonic thoughts and imaginary headlines out of her ears like reversing hemlock—and rearranged her long, tightly bound, stockinged legs. She gazed at them, somehow disembodied from herself, and a jolt ran through her, heating her up. She saw him as if he was there right now, peeling off the straps tenderly, grazing her sore muscles with just the tip of his fingers. She could feel the firmness of the business suit he was wearing, under her own roving hands, that she was eager to strip off his taut body. He would cast his eyes on her, his pupils dilated with desire, and she would find her body moving to respond to him, to just align itself with his.

The sound of that blasted silver bell broke into her thoughts, and Desdemona gritted her teeth. Shakily, she pushed herself off the ground, testing one foot after another. Arch, release.
Ms. Tangiers was already hustling the other dancers, barking orders, her stocky form moving through the different crowds in a surprisingly lithe manner. “Lucy, tighten up that en-pointe! Joseph, what kind of lift was that? Float her up into the air, don’t heave her over your shoulder like a sack of potatoes!”

Desdemona arched and released her feet once more. The straps were biting a little into her flesh, but she needed that. The pain would keep her from thinking about him, about how wrong it was that she had somehow found herself in his bed, regardless of the consequences.

Desdemona shuffled to her starting position and waited. The others went before her, doing their arabesques and chassé. It was the final scene of “The Plot”, the avant-garde piece that Ms. Tangiers, resident choreographer of The Academy, had put together as a response to the recent surge of sordid sex scandals and political infighting in the City.

Desdemona had auditioned with enthusiasm, and in a way, it felt like it was meant to be. The audition was difficult, with typical Tangiers complexity, but she had won the part, like she had envisioned that she would, despite the sense of foreboding she had afterwards. She was to play Virago, the main character, a dancer who ensnares two powerful men in lust and passion, and who poisons herself in the end when it becomes clear that that was the only way out. Never did Desdemona see herself as the great seducer that men lusted after, but as Virago, as she danced the Tangiers choreography in all its glorious intricacies, she felt an enormous force embody her, and it seemed to engulf her and transform her even in daily life.

It was so much so that when she met him at one of the numerous fundraising parties that The Academy held, Desdemona felt unsurprised. They were drawn together so naturally, so inevitably, and in no time she found herself with him in a corner, laughing over crab cakes and wine and debating about the nature of desire.

Desdemona had widened her eyes in surprise. “I disagree. Desire is deep and rooted. It’s such an essential part of who we are. How can you deny its unlimited power?”

“When you dance, do you feel desire?”

“But it changes, doesn’t it? It shifts and deviates as you switch even from something as simple as a plie to a pirouette.”

Desdemona had laughed at this. “I had no idea you were such a philosopher, Mr. Lomax.”

They had talked well into the night, and by the end of it Desdemona found herself in Ian’s expansive bedroom with roman columns and Matisse pieces on the walls. She was naked, her ugly ballerina feet soothed by the bath they had taken earlier, with him sleeping beside her. Ms. Tangiers had made them all promise in her domineering way, upon signing the contract: “No Sex.” But there she was with the most-talked about man of the hour, and Desdemona was not Desdemona, but Virago, satiated and revelling in her victory, but just for the moment.

The pas de deux was being performed now, the pair of aristocratic snobs that looked down upon Virago’s newly minted power. Desdemona steered her mind towards her part in the dance. The pas de deux was almost done now, and soon it would be her turn to take the stage.

But the other man floated into her mind, the sweet and earnest politico, whom she had met just minutes after her giddy first meeting with Ian, as she was heading towards the restroom. He had the most charming affectation, the way he smoothed his already gelled-back hair as he chatted nervously with her. Before they parted, Desdemona kissed him on the cheek just because she felt like it, and the boy—for he really was just all of twenty-three—blushed crimson and almost fell at her feet.

Desdemona licked her lips and smoothed the pleats on her skirt, like how she had smoothed the young politico’s hair as they moved against each other in his car, steaming up the windows. The pas de deux was nearing its end, and at the corner of her eye she saw Ms. Tangiers with her bright eyes and fierce red hair, this short-legged, low-arched personage who was never destined for prima ballerina status herself yet had managed to bulldoze her way through the industry through sheer will. The woman’s body was tight with anticipation, her whole focus on the dancers before her, and in a split second she turned to Desdemona and shouted, “Dance Virago!”

And Desdemona soared into the space vacated by the pair, her long, strangled legs slicing the air of that enclosed rehearsal room. Her arms, pale and fragile, drew meta-labyrinths of desire, now open, now wrapped around her slim frame. Her head drooped as she pondered on the two men she had surrounded herself with, like the shackles of a security lock. But in a second Virago arose, in all of her flaming glory, red-hot fire clashing with stone-cool ice, leaping into the depths of lust that enveloped her. The room spun, the faces around her blurred, and Desdemona could only make out Tangiers with her weasel face and a metamorphosised combination of Ian-and-politico, faceless in their monstrous offspring, this triptych of entities glaring at her, laughing at her, penetrating her.

A scream dragged out of Desdemona’s body, the long drawn-out shriek kicking her into her final, fantastic pirouette. Virago descended, ripped apart, spent, her flamingo legs unfolding beneath her, and rose no more.
Posted by Leena at 21:41